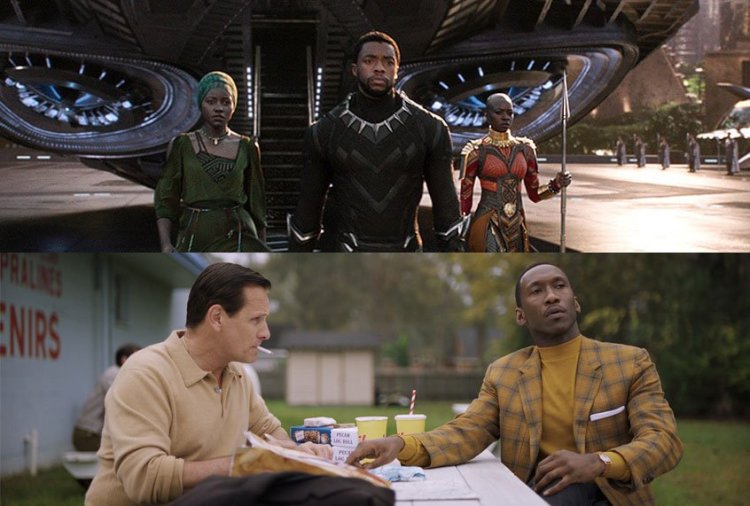 I think that’s why it won, technically-speaking—because of the preferential ballots system.  Considering the audible gasps in the room on Sunday night, it’s unlikely that Green Book was an overwhelming top choice, and I would love more actual data analysis of the voting.  Here’s how I think it went down:

Because at the end of the day, Oscars still so white.

#Oscarssowhite (much like #blacklivesmatter) is a powerful, high-concept, branding message. It’s simple and resonant and full of potential. When I follow the thought, it leads inevitably to #theseinstitutionssowhite.

All of our validating bodies, as an American culture, are white.  The power to decide is culturally entrenched in the “white” identity. It’s an exclusionary power—where you can live, what you can own, what gets mass-media distribution or a winning campaign for votes. Ownership identifies as white (and straight, and cis, and male).

What’s hopeful and inspiring about the “door-opening” effect of women and Americans of color winning Oscars they’ve never won before, is the idea that we might be shifting ownership and access to the single most validating body outside of the presidency—the American Academy of Motion Picture Arts and Sciences.

“What was so crazy to me was that they were so self-righteously proud of themselves for making themselves the center of a story about black struggle and perseverance… it’s insane.”

So, why can my black ass see both?

“You cannot lynch me and keep me in ghettos without becoming something monstrous yourselves. And furthermore, you give me a terrifying advantage. You never had to look at me. I had to look at you. I know more about you than you know about me.”

—James Baldwin, I Am Not Your Negro

To survive, I have to look at you. I must look at you.  It’s my only hope of survival, and even then, it’s not a sure thing.

what if my view from the margins really is an advantage; a terrifying one even?

Go there with me for a second my dears…

It’s an enhanced skill set. It’s the x-factor that makes the art so good, and the potential so great. The capacity to survive and even thrive under conditions of terror has many applications. It’s also unduly tragic and hard. But then, all life is tragic and hard. Every single life on earth.  If you can live your life in awareness of this inescapable truth, you can claim tremendous advantage over those who live in ignorance of it. (We pretty much don’t. But we can.)

The truth is that neither hardships nor tragedy can limit the potential of our lives. Our potential is boundless and remains to be seen.

Our potential is Wakanda.

Tell me, friends, how has the margin been good to YOU? I’ll go first: I’m from Canarsie/East New York, Brooklyn.  Growing up in those margins = “street cred” for life. To that, I’ll add my excellent taste, rhythm, and ear for dope beats.  East Coast all day.  Everyday.  When I add to that my elite liberal arts education, you get quite the uppity bitch destroying small-mindedness at will. “You wan’ test the rocket launcher?”

Now, you go.  Tell me your street story of success in the comments or email me at peoplehavecolor@gmail.com. Booyakah!

This site uses Akismet to reduce spam. Learn how your comment data is processed.